Uyui is one of the six districts of the Tabora Region of Tanzania. It is bordered to the north by the Nzega and Igunga Districts as well as the Shinyanga Region, to the south by the Sikonge District, to the west by the Urambo District and to the east by the Singida Region. Tabora Urban District is an enclave within the Uyui District. According to the 2002 Tanzania National Census, the population of the Uyui District was 282,272. (External Link

Posted in The History of Tabora- kazeh town. 2 Comments » 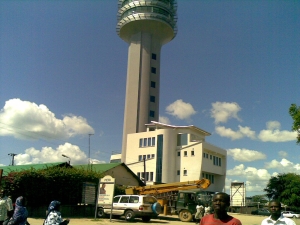 A light house at the Dar es Salaam port

PRESIDENT Jakaya Kikwete has sent his condolences to the families of 19 children who died in a discotheque when celebrating Idd el Fitr in Tabora on Wednesday.

The President has also called for a thorough investigation into the matter and stern measures taken against all those involved.

Police in the region said today that six other children are hospitalized, two of them in critical condition, following the incident.

The owner of the club, Mr Shashi Patel, has been arrested as police continue with investigations.

The Minister for Labour, Employment and Youth Development, Prof Juma Kapuya, said that the president has given 500,000/- to each one of the families of victims of tragedy, the worst in the country’s history.

Prof Kapuya said that President Kikwete has received with profound shock the children’s death that occurred at around 6:30 pm at Bubbles Night Club.

Tabora acting Regional Police Commander, Mr Daudi Siasi, said that the children suffocated after the club was overheated due to poor ventilation.

Temperatures in tabora has been recorded at over 33 degrees Centigrade. The children who perished were aged between 7 and 15 years.

Among others, the Uyui District medical Officer, Dr Makelele lost two children in the tragedy. His wife passed away three weeks ago.

Tabora regional authorities have given each family of the deceased children 50,000/- and the go ahead for the families to bury their dead.

The injured are Msimu Rehani (14), Tatu Amani (15), Kulwa Iddi (12), Sakina Alli (10) who was discharged and later returned to hospital, Jumanne Abdulla whose age was not established and Naomi Joseph (13) who are in critical condition.

WordPress.com is the best place for your personal blog or business site.