I was surprised someone had actually read my comments regarding Tabora Airport ( HTTB). Some of my comments are out of date and even funny, viewed in the light of present day politics. So, below, is material which I hope adds to the history of the Airport,…. it does have one :

I was stationed at Tabora from 1964 to 1966, as Engineer-in- Charge. I also had responsibility for the airport at Mwanza.

During the Second World War, there was a massive onslaught by the army of the then General Bernard Montgomery, on the eastern half of North Africa, against the Nazi forces under the command of Reichmarshal Erwin Rommel. Thus the name : ” The North Africa Campaign”

South Africa at that time, was part of the British Empire. The citizens were called upon to contribute to the war effort, which they did, under the command of General Jan Smuts. Now, the problem arose of the modality of hauling men and materiel all the way from Cape town to Cairo…. C-to-C !

They built what is now the building and runways at Tabora, in 1941 / 1942. This also includes the five-cylinder Diesel emergency power generator! A mile from the airport is an aerial farm where there used to be a 100 foot mast, connected to the radio beacon that was installed by the South Africans.

The length of the runways would indicate the heavy planes needed for take-off and landing.
During my sojourn in Tabora, the centre for all Air Traffic in East Africa was Nairobi. However, the local airports exercised control once the plane was in sight of the airport. All Nairobi did was record the status of planes flying within East Africa. So it was mandatory for all aircraft to contact Nairobi, with information about their positions then.
Nairobi could hardly pick up aircraft sometimes so, Tabora was the relay station, and so had more Radio transmission equipment than any normal airport. 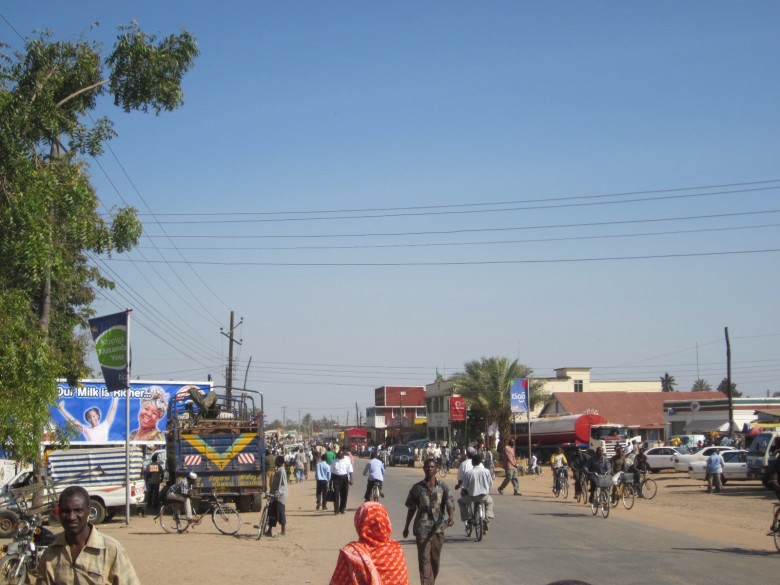 This is a central part of the Tabora Municipal at the Market or Soko Kuu la Tabora. on the right there is a taxi stand which was adjucent to the Old Bus stand that routed to Mwanza, Shinyanga and some Tabora Districts. The formous Buses were MMT of Mamlo from Mwisi including the Apollo 11, Tanganyika Bus of Mwanza. Tanganyika Umoja Bus of Shinyanga, TAMOTA of Rajab Tambwe, Kassu Bus Services that served Ikongolo, Igoko, Unambewa, Mambale and other county places. Further there were Mpalaye Bus Services to Urambo and Kaliua. Somji that served Tabora to Ndala. Igunga Bus services, Kilugwe and many more to Sikonge. 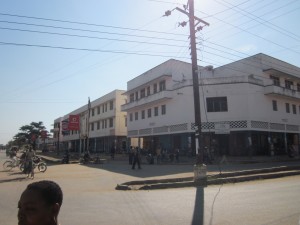 There is no round about but it is a junction of two main roads in Tabora, during those old days it was popularly known as Bora Junction. Bora was a shoe company with its headoffice in Pugu Road now Nyerere Road in Dar es salaam with branches in all Regions. The Building at the Junction used to have a Bora shoe shop at its ground floor. Enjoy 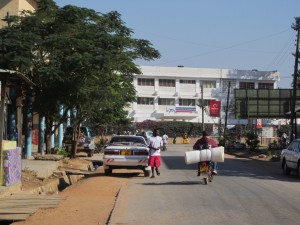 A Beautiful picture of  Tabora NBC builing as    viewed from the Jamhuri Stree dawn town of Tabora. During 1970-1980s Jamhuri Street and the whole of Tabora centra around bus stand (old bus stand) was full of business with variety goods and items. Probably the story is now not the same as it used to be. what is your comment? 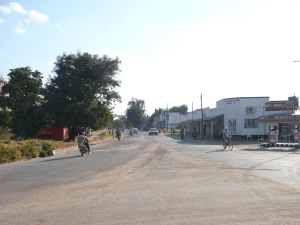 Do you remember the Old Kassu filling Station and KassU Hotel?

The Old and famous Kassu filling Station and Kassu Hotel a few steps from Uyui Secondary School in Tabora. Kassu Hotel was well known by its snacks especially samosa (sambusa), kabab and badjia. The premises is now in different outlook, use and ownership as its image was recently captured by Uyui wordpress.

AT THE UYUI SECONDARY SCHOOL

This is Uyui Secondary School. The Building that you are viewing is the Main Assembly Hall constructed during late 1970s.
For those who studied at Uyui, they for sure remember this nice building which was our hall during Graduations and other important meetings.

SIMON MLUNDWA IS NO MORE

WordPress.com is the best place for your personal blog or business site.